The fence color for livestock protection

Switzerland is known for pioneering non-lethal prevention methods towards herd predation, especially when it comes to wolves. Being an European Union partnership country, it leads in active use of livestock-guarding dogs and herding dogs as well as in properly implementing fences passively for livestock protection. Making another step forward, Swiss Agridea (well-known from its herd management workshop organised last year in Graubünden, Calanda Wolfpack territory), in collaboration with Agrar Fachcenter Weddingstedt Fencemaster (Germany), developed Flexinet - recommended for the alpine region, in blue and white color exclusively.[1]

Similarly reasoned situation took place in Austria (and Germany) where red color of warning reflectors was changed to blue, to make the wildlife clearly aware of roads which should be avoided (road-kill prevention).

Blue color is not typical for a green grass pasture in natural habitat. Some plants (flowers, blueberry fruits) produce blue color by combination of red pigment (anthocyanin) with other color pigments. Among animals (rare butterflies, some birds) it's still not the blue color but a combination of pigmented feather barbs or wing scales. Nature didn't develop the blue color so far. Anyway, the meaning of blue (confirmed in wildlife) is clear - it's a warning toward attackers or intruders, and the message that the territory has a resident.
Domestic goats same as ungulates - vide sheep or wild deer - evolved retaining horizontally elongated pupils[2] and cyclovergence[3], to be prepared to detect movement of an approaching predator in their surroundings. The fence in blue is suppose to protect grazing livestock and inform them about no permission to freely go out the separated area.

Gray wolf subspecies, as predatory carnivores, are crepuscular - they hunt in general at dusk and dawn. Their dedicated herbivore prey, living in herds, remaining vigilant, can run fast and camouflage (freezing behavior) if it's necessary. If stalked/chased the animal runs fast enough, it's able to outrace its own scent which it left behind.
Hunting wolves use tapetum lucidum - an eye layer reflecting light by selected photoreceptor cells, enabling better sight in case of light shortage (during the night for example). Blue color of the fence is above all information for searching/tracking predators (scent detecting or following detected prey) about inaccessibility of it easy to get if not monitored. Fluttering bands play a crucial role - deterring them hunting in the dark (along with LGD or instead of them).

The domestic dog inherited nocturnal vision basis from a common ancestor with wolves. LGD mostly patrol the guarded area from dusk till dawn (when predators hunt), when nocturnal vision - supported by smell and hearing - is more useful. Sheepdogs work during the day, doing their job quickly, staying focused on herded animals. They outrun (flanking away from the flock) and flank (moving clockwise/counter-clockwise around the flock). They keep the flock tight during the day, herding livestock from pasture to pasture, then lead them into the enclosure at sunset / out of enclosure after sunrise.
Likewise sheep, goat or just wild deer, together with the rest of mammals, dogs same as wolves, can't see red and green - their dichromacy seems to be deuteranopia alike (visible wavelength Yellow-Blue). Contrasting fences in blue let herding dogs see bordered area limits specifically and work most securely.

Scientifical evidences point on not colors but their contrast as important for genus Canis (not forgetting that too many tiny outstanding spots means a camouflage). Glary blue fence on originally green pasture or with grey rocks nearby, is extremely apparent.

references:
Alexandra Horowitz; "Inside of the Dog. What Dogs See, Smell and Know"; English edition (2010), Polish edition (2011)
Why do animal eyes have pupils of different shapes (2015), research by collective work (Department of Physics and Biophysical Sciences Institute, Durham, UK) 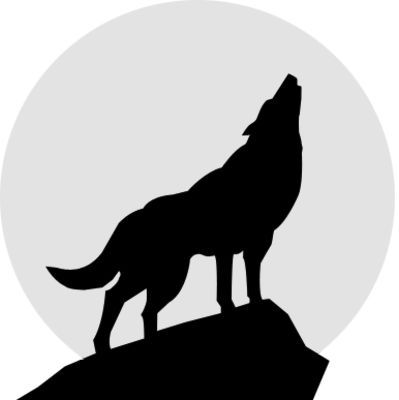