By Kinga Wołk • January 23, 2020 •
13 wolf pups were researched by putting them through standard behavioral tests usually used by dog breeders to assess predispositions of working dogs. 3 of 13 tested wolf cubs spontaneously showed interest to the ball being thrown - 2 of them fetched it twice, 3rd one did it every time.
Continue Reading 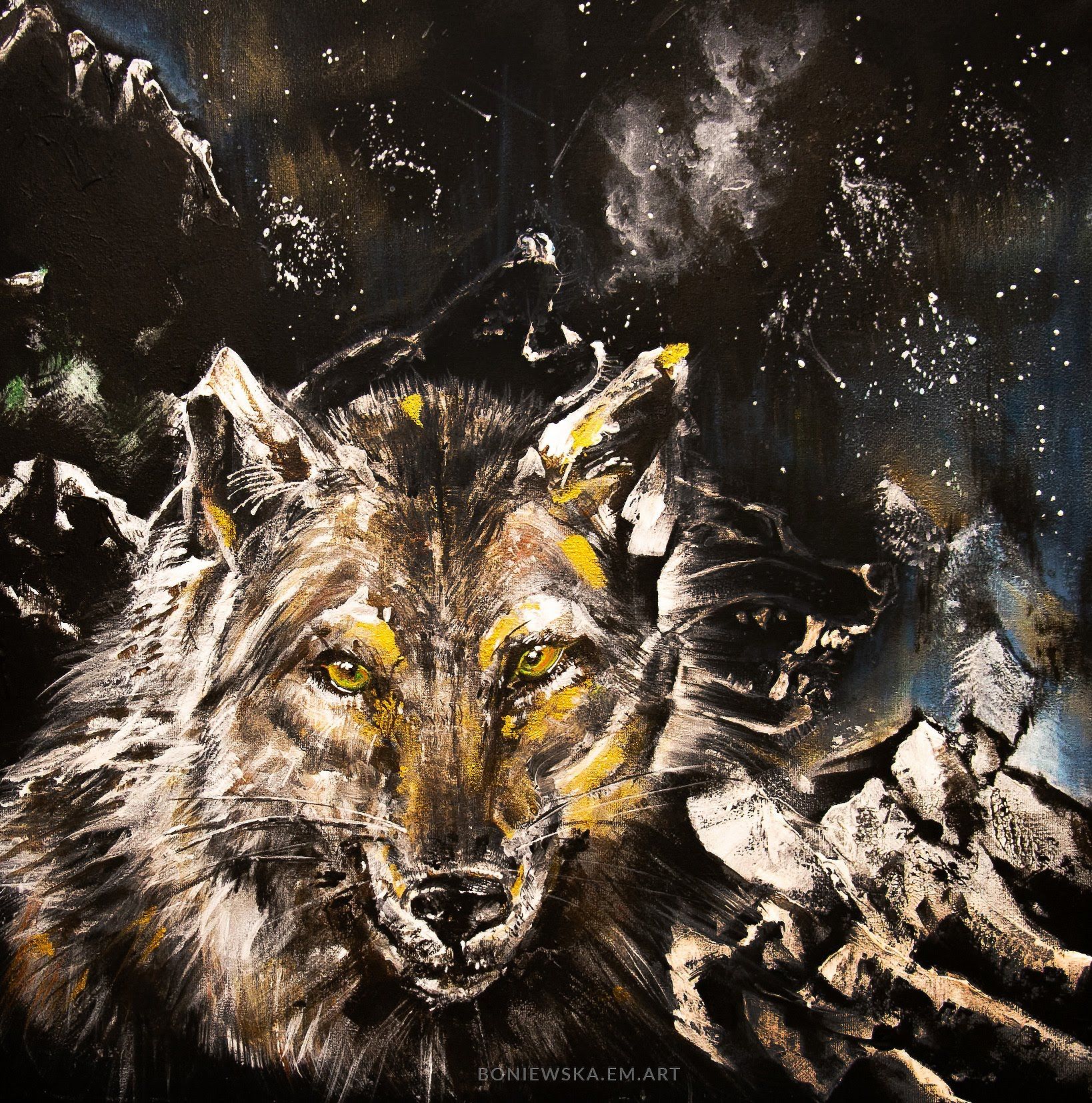 As a Christmas gift, that extraordinary painting has just been hanged on my wall, created by a gifted person. More poetic vision than other wild or folk ones. Hopefully, the first but not last, rare treasured art in my life.
Continue Reading